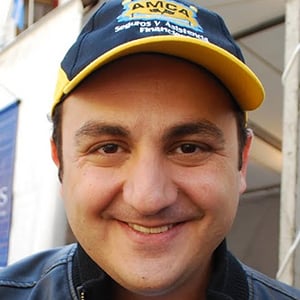 TV show host and actor who appeared in sitcoms like Married... with Children and La Nanñera. He has more than 390,000 followers on his diegotopaok Instagram account.

He appeared in the Disney Channel show Zapping Zone from 2001 to 2002.

He has dubbed American films like Chicken Little and Cars.

His brothers are Edgardo Topa and Walter Fernando Topa.

He and Caro Ibarra have both presented on Disney.

Diego Topa Is A Member Of