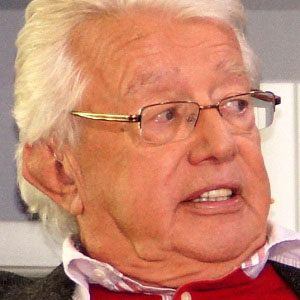 German television host known for his work during the 1970s and 1980s on the ZDF channel's Hitparade music series. As an actor, he appeared in such films and TV series as Das Millionenspiel and Praxis Bülowbogen.

As a young child, he was so traumatized by the World War II English bombing of his German hometown that he developed a temporary stutter.

A singer as well as an actor and host, he helped establish a German vocal award called the Goldene Europa.

He collaborated with and befriended fellow host Frank Elstner.

Dieter Thomas Heck Is A Member Of