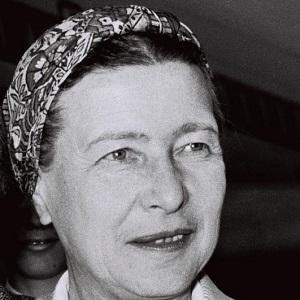 Feminist and existentialist philosopher known for writing She Came to Stay and The Mandarins and her treatise The Second Sex from 1949.

She used to sit in on classes at École Normale Supérieure to study for the agregation exam for philosophy.

She was married to Jacques-Laurent Bost and she had a daughter named Sylvie Le Bon-de Beauvoir.

She was influenced by Friedrich Nietzsche.

Simone de Beauvoir Is A Member Of