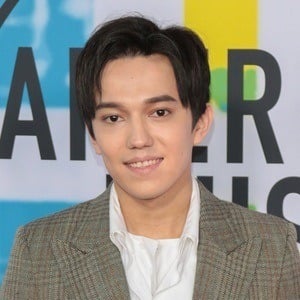 Award-winning singer who first gained fame competing in festivals throughout Kazakstan. He would later gain fame in China competing on Singer 2017.

At two years old, he made his stage debut in a bit part. By five he would begin taking piano and vocal lessons.

From the ages of thirteen to fifteen he studied taekwondo.

His parents, Kanat and Svetlana Aitbayeva, are both well known artists of culture in the Kazakhstan Republic. He has a sister named Raushan and a brother named Mansur.

Both he and Justin Lo competed on the Chinese talent competition Singer 2017.

Dimash Kudaibergen Is A Member Of