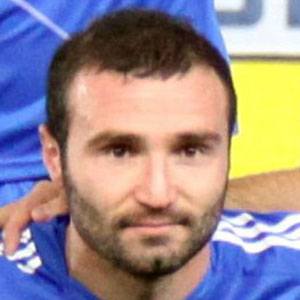 Winger and striker who scored 13 goals in 80 matches for the Greek national team from 2005 to 2014. He began his second stint with PAOK in 2010 after spending four years with Panathinaikos.

He debuted professionally with PAOK in 1999 and was sent on loan to Larissa during the 1999-2000 season.

He was born in Thessaloniki, Greece.

He and fellow striker Theofanis Gekas were teammates on the Greek national team.

Dimitris Salpingidis Is A Member Of