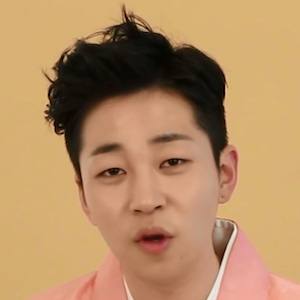 Rapper and television personality who has won fans with songs like "You Look Pretty" and "Must Be the Money." He is a very frequent guest on Korean variety shows such as Tribe of Hip Hop, Battle Trip and Living Together in Empty Room.

He spent three years in Canada and graduated from Templeton Secondary School in Vancouver, British Columbia.

He contributed music to the soundtracks for the television shows Beautiful Gong Shim and Good Manager.

His real name is Lim Cheol. He is the son of Kim Pan-rye.

DinDin Is A Member Of