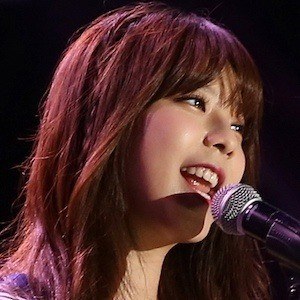 South Korean singer and guitarist who earned buzz early in her career with singles like "Forever" before releasing her debut album, Juni, in 2013. In 2015, she began a musical collaboration with Lee Jong-hyun called Romantic J.

She picked up guitar during her third year of junior high school. Her first song, "Boy," was written when she was sixteen.

She received the New Rising Star Award at the 27th Golden Disk Awards in 2012.

Her real name is Choi Jun-hee.

Singer Jung Yong-hwa is featured on her 2012 song "Fool."

Juniel Is A Member Of