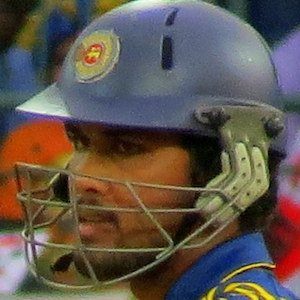 Cricketer who won the ICC World Twenty20 title with Sri Lanka in 2014. He has played domestic cricket for teams like the Ruhuna Rhinos.

He received the 2009 Observer-Mobitel Schoolboy Cricketer of the Year Award while attending Ananda College.

He became the youngest Sri Lankan cricketer ever to score a century in One Day Internationals.

His father was killed in a tsunami when Dinesh was thirteen years old.

He was teammates with Mahela Jayawardene on the Sri Lankan team which won the 2014 ICC WOrld Twenty20 title.

Dinesh Chandimal Is A Member Of