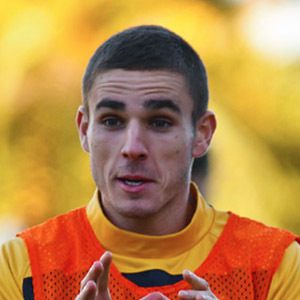 Defensive midfielder who made his professional debut with the Australian club Green Gully in 2009. He has gone on to excel for clubs like Brisbane Roar, Perth Glory and Dandenong City.

He attended St. Bernard's College in Essendon, Australia and began his youth career with Essendon Royals in 1998.

He debuted with the Australian national under-23 team in 2010.

He has been in a relationship with Elisa Riotto.

He was teammates with Sam Gallagher at Melbourne Victory.

Diogo Ferreira Is A Member Of