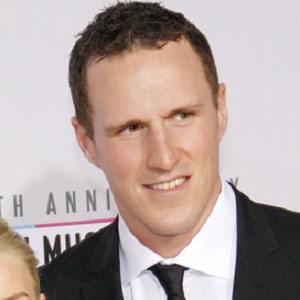 Canadian NHL defender who served as captain of the Toronto Maple Leafs from 2010 to 2016 before a trade sent him to the Ottawa Senators. He was selected to his first All-Star game in 2007.

He spent four seasons in the Western Hockey League before being drafted 9th overall by the Calgary Flames in the 2003 NHL Draft.

He was traded from the Flames to the Maple Leafs in a January 2010 deal that involved seven total players. The trade that sent him from Toronto to Ottawa in February 2016 involved nine players.

He married actress Elisha Cuthbert in 2013.

He won a gold medal with Sidney Crosby at the 2005 World Junior Championships.

Dion Phaneuf Is A Member Of