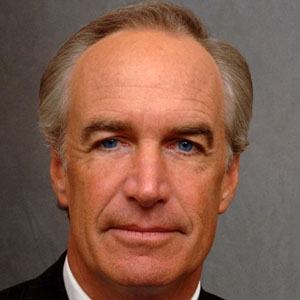 He graduated from the University of Idaho with a degree in Political Science in 1975.

He holds the record for protecting the fewest amount of species over his tenure than any other Interior Secretary in United States history.

He has two children with his wife Patricia.

He was appointed the 49th United States Secretary of the Interior by President George W. Bush in 2006.

Dirk Kempthorne Is A Member Of