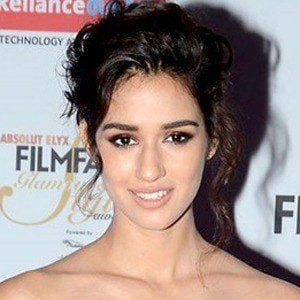 Indian actress and model famous for roles like Mouni in 2015's Loafer and 2016's Kung Fu Yoga. She was named the first runner-up in Femina Miss India Indore in 2013.

She got her start appearing in various ad campaigns.

She has been featured on the cover of magazines like Bazaar, GQ and Forbes India.

She has dated Bollywood actor Tiger Shroff. She has one older sister, Khushboo. She also has a younger brother named Suryansh.

She co-starred with Jackie Chan in the action film Kung Fu Yoga.

Disha Patani Is A Member Of