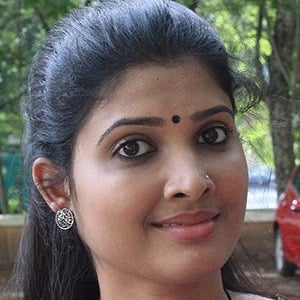 South Indian actress known for appearing in a range of different Malayalam films and television series. She is most recognized for her role in the 2017 film Take Off where she played the character of Jincy as well as multiple appearances on the Surya TV network.

She completed a degree at TKM College of Arts and Science and went on to earn a Masters in Business Administration. She made her acting debut in the 2013 film Pianist and went on to make her television debut in 2014 in Amma Manasam. She earned recognition for her role as Aparna in the tv series Eswaran Sakshiyayi.

She won the Kerala State Television Award in 2015 for Best Supporting Actress for her role int he series Eswaran Sakshiyayi.

She was born and raised in Thrissur, Kerala.

She starred alongside Parvathy and Kunchacko Boban in the 2017 film Take Off.

Divya Prabha Is A Member Of