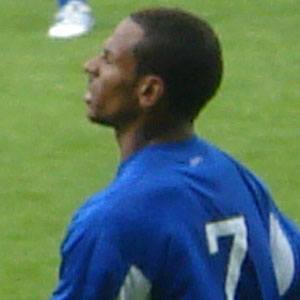 Journeyman forward who joined the Blackburn Rovers in 2013 after previously playing for such teams as Birmingham City, Leicester City, Yeading and the Queens Park Rangers.

He trained with Aston Villa and then, unable to find a professional league spot, moved to the non-league club, Chesham United in 2000.

He helped Yeading win Isthmian League division titles in 2003 and 2004 and led Blackpool to the Championship play-offs in 2010.

He grew up in Hammersmith, England.

He and midfielder Lee Cox were teammates on Leicester City.

DJ Campbell Is A Member Of