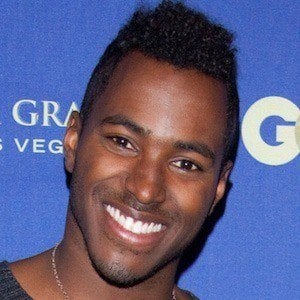 DJ who has been a resident performer at the Hakkasan nightclub in Las Vegas and has played events held by designers like Louis Vuitton and Alexander Wang. He has been called "the most sought after DJ in the world" by GQ Magazine.

He received his first set of turntables as a birthday gift at age fourteen. By age sixteen, he was spinning at clubs across Miami.

He once deejayed a bar mitzvah for one of director Steven Spielberg's sons.

He got engaged to Victoria's Secret model Shanina Shaik and they married in April 2018. He is the cousin of actress Zoe Kravitz. His real name is Gregory Andrews.

He credits much of his success to rap mogul Sean Combs, who was a supporter of his work early on.

DJ Ruckus Is A Member Of