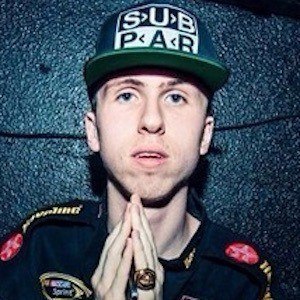 DJ most well known for opening for the likes of mega artists Macklemore and B.O.B, he has gained a following by posting his original music and mixes to his SoundCloud. He's also appeared at events like the Vans Warped Tour and The Paid Dues Tour.

After surviving brain surgery for a deadly tumor at the age of eleven, he lived on to develop an audience by performing around his hometown in Minnesota.

He's grown incredibly popular on Twitter, clocking in at more than 90,000 followers.

He is a native of Minneapolis, Minnesota

He performed alongside Chief Keef at a popup show in September of 2014.

DJ Sidereal Is A Member Of