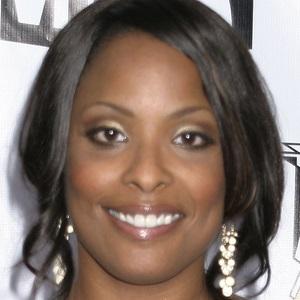 Disc jockey and rapper who became famous for her work with the New York-based hip-hop group Salt-N-Pepa. As a DJ, she co-hosted a program called The BackSpin on Los Angeles' KKBT 100.3 radio station.

Because she joined Salt-N-Pepa when she was just sixteen years old, she had to ask her parents to sign paperwork granting her permission to tour with the group.

Her real name is Deidra Roper. In 1992, she and NBA player Kenny Anderson became parents to a daughter named Christy.

She appeared in the 1996 film Kazaam starring Shaquille O'Neal.

DJ Spinderella Is A Member Of