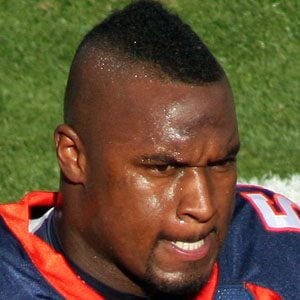 NFL linebacker who was drafted 17th overall in 2004 by the Denver Broncos.

He was a two-time All-Big East player at the University of Miami.

He had one of his best seasons in 2007, when he led the AFC in combined tackles.

He grew up with his brother Worrell.

He became teammates with Peyton Manning during the 2012 season.

DJ Williams Is A Member Of