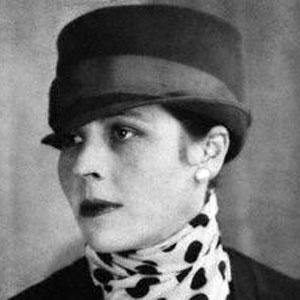 Modernist poet and writer known for Nightwood, a groundbreaking novel published in 1936. She is also remembered for Ladies Almanack, a 1928 work that centers on a group of Parisian lesbians.

She quit school to work as a reporter for the Brooklyn Daily Eagle. In her early years, she was raped, and the experience informed several of her literary works, including her debut novel Ryder and her late play The Antiphon.

She was a friend of renowned author James Joyce.

She was engaged to Ernst Hanfstaengl in 1923 and had many other romantic relationships with both men and women.

She was played by actress Emmanuelle Uzan in Midnight in Paris, an early-21st century Woody Allen film.

Djuna Barnes Is A Member Of