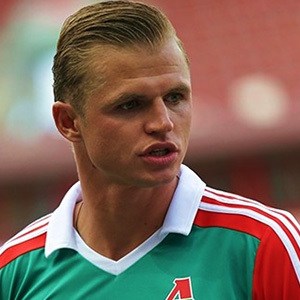 Midfielder who has gained fame for his play in Russian club soccer, including for Lokomotiv Moscow since 2010. He helped lead the club to victory at the 2017-2018 Russian Premier League.

His wife's name is Anastasia Kostenko. He has one daughter named Anastasia.

He and Igor Denisov have played as teammates for Lokomotiv Moscow.

Dmitry Tarasov Is A Member Of