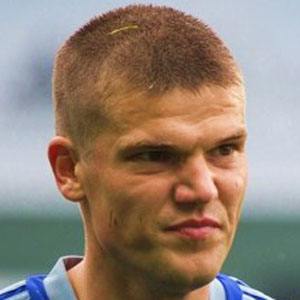 Defensive midfielder who joined Dynamo Moscow in 2013 and became a member of the Russian national team in 2008.

He debuted professionally for Zenit St. Petersburg in 2002.

He appeared in 3 games for Anzhi Makhachkala in 2013.

He was born in Leningrad, Russia.

He and Igor Akinfeev became teammates on the Russian national team.

Igor Denisov Is A Member Of