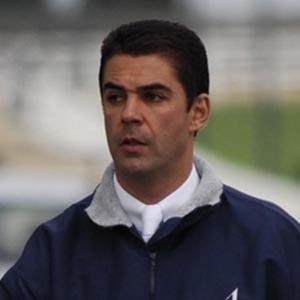 Brazilian equestrian who is known for specializing in show jumping. He is also known for being the president of the organizing committee behind the Athina Onassis International Horse Show.

He first started competing in show jumping in 1983. He went on to earn his Bachelor's degree in Business Administration from Rio Branco College. He then studied acting in Brussels and went on to win the Bronze medal at the 2000 Summer Olympics.

Fellow equestrian rider Rodrigo Pessoa was the best man at his wedding.

Doda Miranda Is A Member Of