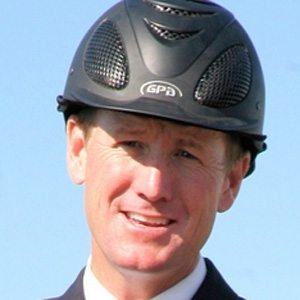 Show jumping equestrian who won back-to-back Olympic gold medals in the team jump, in 2004 and 2008.

He won the United States Equestrian Federation Show Jumping Derby when he was a mere 14-years old.

He was part of a large controversy at the 2010 World Cup, in which his horse was erroneously disqualified.

He was teammates with Beezie Madden when he won the 2004 and 2008 gold medals.

McLain Ward Is A Member Of