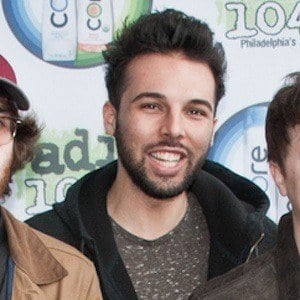 Guitarist and keyboardist best known as a member of the English alternative rock band Nothing But Thieves. He and the band have toured in support of big-name acts like Arcade Fire and performed at high-profile events like the NME Awards.

He grew up in Southend-on-Sea and joined Nothing But Thieves after being impressed with the vocal abilities of singer Conor Mason. The band initially practiced in his garage.

He has a younger brother named Sebastian.

He has shared guitar duties with Joe Langridge-Brown in Nothing But Theives.

Dom Craik Is A Member Of