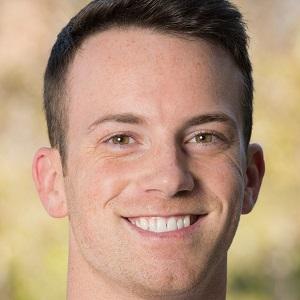 A competitor and coach of All Star cheerleading starting at age 17, Palange won two World Championship titles and multiple national titles with Top Gun All Stars in Miami and also coached several National title teams between 2008 and 2012.

He began his gymnastics training at the age of 3 at Sterling Academy of Gymnastics, where he became a multiple time state and Region 6 floor and vault champion.

He became a volunteer assistant at UCLA in 2014, then turned the opportunity into a full-time volunteer position in 2015.

He is originally from Hudson, Massachusetts and moved to Los Angeles in 2013. He's was engaged to dancer Travis Wall; Wall announced the couple's split on his Instagram page on August 3, 2018.

He is a well known cheerleading coach like Eddie Rios.

Dom Palange Is A Member Of