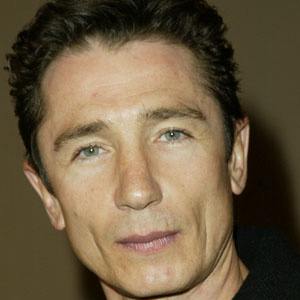 Actor who is best known for playing Lieutenant Malcolm Reed on Star Trek: Enterprise from 2001 to 2005. He also played Tony on the sitcom Desmond's from 1989 to 1993.

His first performance was in elementary school in the play, The Ragged School.

Some of his hobbies are tennis and boogie boarding.

He made an appearance alongside Sarah Michelle Gellar in a 1999 episode of Buffy the Vampire Slayer.

Dominic Keating Is A Member Of