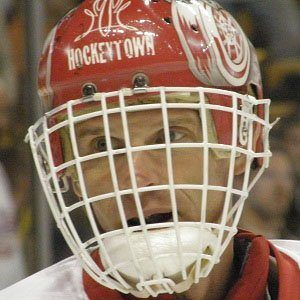 Legendary NHL goaltender known as The Dominator. He played for the Buffalo Sabres from 1992 to 2001 and won a Stanley Cup Championship with the Detroit Red Wings in 2002.

Became the youngest-ever pro hockey player in Czechoslovakia when he was sixteen.

He led the Buffalo Sabres to the Stanley Cup Finals in 1999, but they lost to the Dallas Stars.

Has a son named Michael and a daughter named Dominika with his wife Alena.

After the 1998 Winter Olympics, he was called the best player in the game by hockey legend Wayne Gretzky.

Dominik Hasek Is A Member Of