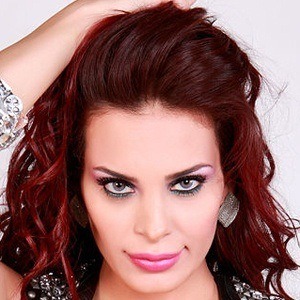 Otherwise known as the Oriental Princess, she is a singer and actress who debuted with the 2006 album Etriss. She would later follow up with Kermalik Ya Dominique and Dominique.

She earned an MBA from Lebanese American University after earning degrees in accounting and business administration. She then made her television debut in Oyoun Kha'ena.

In 2009, she made her film acting debut in El Beeh Romancy.

Her father is prominent archeologist and historian Youssef Hourany. She married Alireza Almassi Nokiani in 2007. She has a daughter, Delara Sue Almassi.

Like Diana Haddad, she gained fame as a Lebanese singer.

Dominique Hourani Is A Member Of