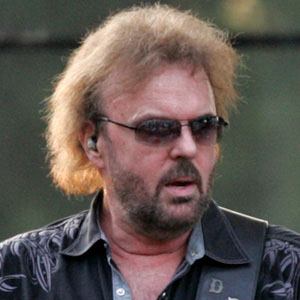 Southern rock guitarist and a founding member of the band 38 Special who played on songs like "Rockin' into the Night."

He and the other members of 38 Special grew up in the same neighborhood before forming their band.

His family moved to Jacksonville, Florida from North Dakota when he was very young.

Don Barnes Is A Member Of