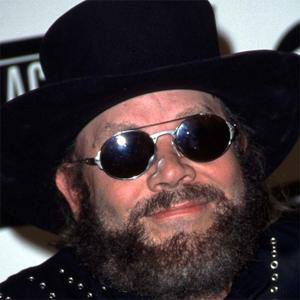 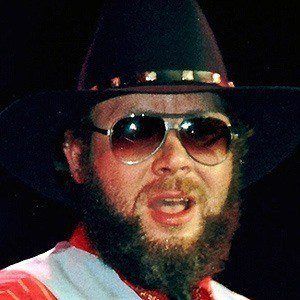 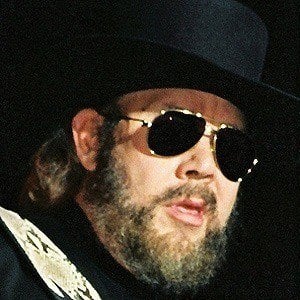 Country superstar known for the hit "All My Rowdy Friends Are Coming Over Tonight," which served as the opening theme for Monday Night Football from 1989 to 2011. He's the son of country legend Hank Williams.

He followed in the footsteps of his late father at a young age and started singing when he was eight years old.

His song was ultimately pulled from Monday Night Football after an appearance on Fox & Friends in which he described President Obama and John Boehner playing golf together as being "like Hitler played golf with Netanyahu."

He married his third wife, Mary Jane Thomas, in 1990. He was previously married to Gwen Yeargain and Becky White. He has two daughters named Holly and Hilary and two sons named Samuel and Hank III. He also had a daughter named Katherine who passed away in 2020.

He has recorded music with Merle Haggard.

Hank Williams Jr. Is A Member Of