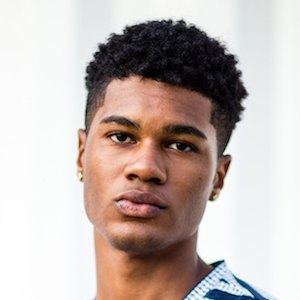 YouTuber named Don Hinds, but best known by his YouTube fans as Young Don The Sauce God. He has earned more than 1.9 million YouTube subscribers creating comedic animations of his personal stories. He has also posted vlogs and digital speed paints.

He dropped out of college to pursue his YouTube career.

One of his most popular YouTube videos is "Getting Fired From McDonalds Part 1" posted in June 2017.

Raised in Jamaica, he moved to the United States at the age of sixteen. He settled in San Diego, California. His younger sister Jo has had a popular YouTube channel called Jo Meets Wrld.

He has done digital illustrations of a number of popular rappers including Kendrick Lamar and Drake.

Young Don the Sauce God Is A Member Of