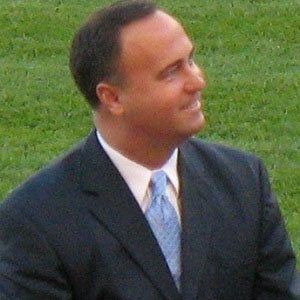 Famous for his play-by-plays for the Boston Red Sox, this Massachusetts sportscaster joined the New England Sports Network in the early 2000s.

By March of 2015, he had nearly ninety thousand Twitter followers.

He spent his earliest days in Melrose, Massachusetts, and his teenage years in Madison, New Hampshire and Rancho Palos Verdes, California.

In 2009, he and Major League Baseball player-turned-sports-commentator Sean Casey worked together on several broadcasts.

Don Orsillo Is A Member Of