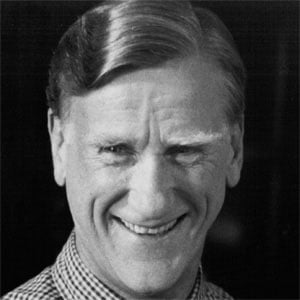 Actor who played a corrupt president in Clear and Present Danger and appeared in the 1992 film, Housesitter. He played the Colonel in the 1986 film, The Best of Times.

He studied at the Royal Academy of Dramatic Art in London.

He began his career on stage in London and New York, and won an Obie Award for his performance in the off-Broadway play, Painting Churches.

His parents, Walter George and Kathleen Mary Moffat, ran a boarding school. He was married to Anne Murray Ellsperman from 1954 until 1968; he married Gwen Arner in 1970. He had a total of four children.

He was in the 1982 horror film, The Thing, which was directed by John Carpenter.

Donald Moffat Is A Member Of