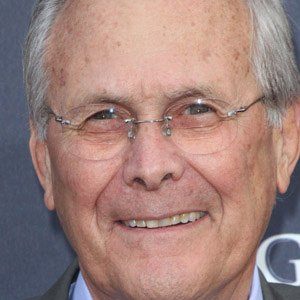 Republican politician who served as the Secretary of Defense for former presidents Gerald Ford and George W. Bush. He first held office from 1963 to 1969 as a Member of the U.S. House of Representatives from Illinois's 13th district.

He was appointed by Richard Nixon to lead the Office of Economic opportunity in 1969.

He has three children with Joyce Pierson.

He worked as an administrative assistant for Dwight Eisenhower .

Donald Rumsfeld Is A Member Of