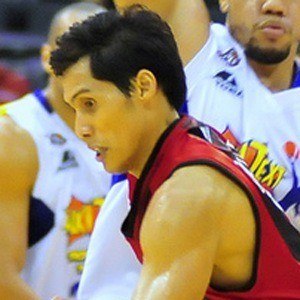 Filipino professional basketball player who is recognized for playing the shooting guard position for the Alaska Aces of the Philippine Basketball Association. During the 2015-2016 regular season he averaged a total of 5.7 points per game.

He played college basketball at the University of Cebu.

He has a son named Isaiah Hontiveros.

Both he and fellow basketball player Kiefer Ravena were born in the Philippines.

Dondon Hontiveros Is A Member Of