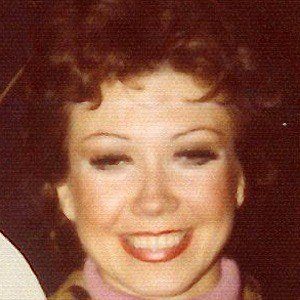 Actress who received a Tony and a Drama Desk Award for her role as Cassie in the 1975 Broadway musical A Chorus Line.

She started training in ballet when she was five years old.

From 1969 to 1970, she played the character of Amanda Harris on Dark Shadows, a Gothic soap opera.

She married Michael Bennett in 1976; they divorced a year later.

She and Jerry Orbach were both in the original 1968 Broadway production of Promises, Promises.

Donna McKechnie Is A Member Of