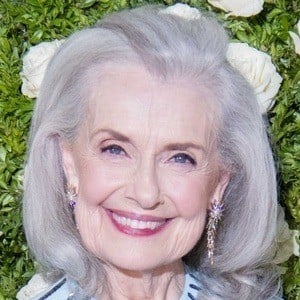 Tony-nominated actress who starred in Broadway productions of Nine, Sunday in the Park with George, and The King and I.

She attended Northwestern University, where she trained to be an opera singer.

She appeared on such television shows as Law & Order, Dawson's Creek, and The Good Wife.

She was born in Davenport, Iowa.

She appeared in Mirrors, a 2008 film that also featured Kiefer Sutherland.

Marybeth Peil Is A Member Of