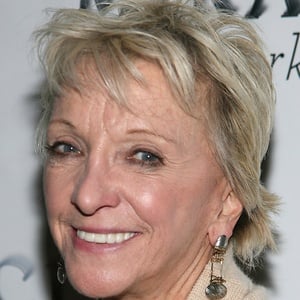 For her portrayal of Linda Loman in the 1999 Broadway revival of Death of a Salesman, she won a Tony Award. She was nominated for the same honor for her work in the 2002 production of Morning's at Seven and for her performance in the early 1980s staging of Brighton Beach Memoirs.

She made her Broadway debut in a late 1960s production of Rosencrantz and Guildenstern Are Dead.

A screen actress as well as a theater performer, she appeared in the 1995 movie remake of Sabrina and acted in episodes of Roseanne, Sisters, and Grey's Anatomy. In addition, in the mid 1990s, she portrayed Helen Wendall on the soap opera As the World Turns.

Born Betty Jean Frankovich, she spent her youth in Akron, Ohio. Her marriage to fellow stage and screen actor Edward Binns lasted until Binns' death in 1990.

She and Brian Dennehy received tremendous critical acclaim for their performances in both the stage and television movie versions of Arthur Miller's play Death of a Salesman.

Elizabeth Franz Is A Member Of