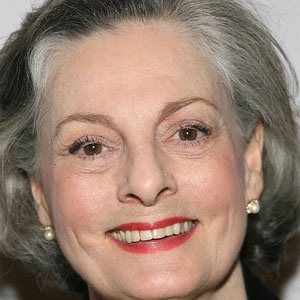 American stage and screen actress who appeared on Broadway in Present Laughter and was nominated for Tony Awards for both Heartbreak House and Sunday in the Park with George. Her film credits include roles in The Color Purple, The Addams Family, Rush Hour 3 and Home Alone 2.

After graduating from Rollins College in Florida, she studied at the London Academy of Music and Dramatic Art.

She co-starred with Loni Anderson in Easy Street, a 1980s television sitcom.

The Atlanta, Georgia-born daughter of Hugh Daugherty Ivey and Mary Nell Ivey Santacroce, she grew up with a brother named John and a half-brother named Eric.

She guest-starred opposite Tony Shalhoub on the television series Monk.