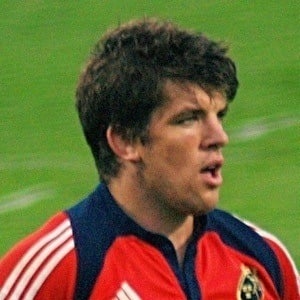 Irish rugby union player who is known for having played for Munster Rugby and the Worcester Warriors in the Aviva Premiership. During his time with Munster he assisted in winning the European Rugby Champions Cup on several occasions.

He won a Schools Senior Cup for Christian Brothers College in Cork.

In 2014, he was selected for the Barbarians squad to play England.

He married Jennifer Harte in 2009.

Both he and Jonny Wilkinson played for the British and Irish Lions.

Donncha O'Callaghan Is A Member Of