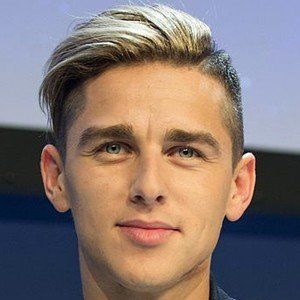 He studied voice as a child and won a local singing competition when he was just six years old.

He was born in Vilnius, Lithuania to a rock musician father and a gymnast mother. His older sister is a professional dancer. He married dancer Veronika Montvydienė in September of 2013. They have two children: Adele and Kajus.

He was inspired and influenced by the music of Michael Jackson.

Donny Montell Is A Member Of