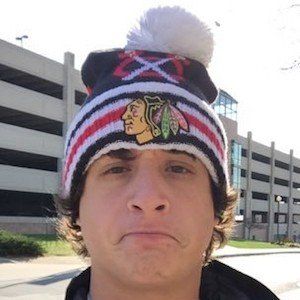 YouTube gaming personality who is known for his DontBeSaad20 channel's content. He has gained widespread popularity there for his Let's Plays and playthrough series of the NHL game franchise.

The namesake found within his YouTube channel's name is NHL wing Brandon Saad.

DontBeSaad20 Is A Member Of