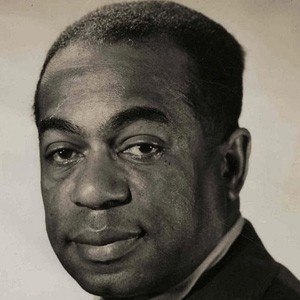 Actor who appeared as the piano-playing Sam in the classic film Casablanca. His other credits include No Man of Her Own, Stormy Weather, and My Favorite Blonde.

He performed in minstrel shows and in the first decade of the 1900s and became a popular performer in black theater in New York and Chicago.

He was paid $350 a week for his seven weeks on Casablanca, and though his piano playing was dubbed, it still reached #15 on the UK charts in 1977.

He was born Arthur Wilson in Tyler, Texas. He was to married to Estelle Wilson.

He appeared alongside Humphrey Bogart in the 1942 feature Casablanca.

Dooley Wilson Is A Member Of