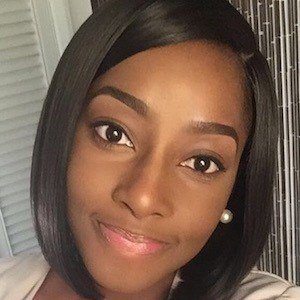 Actress who is best known for her appearance as Sophie on the UK's MTV Base series Shuga. She began her tenure during the show's 3rd season from December 2013 through January 2014.

She earned an undergraduate degree in criminology. She decided to pursue acting following this, and received a full scholarship to the American Musical & Dramatic Academy in New York City.

She has worked with inner-city, at-risk youth in London at London Probation. She has stated her desire to one day open a drama center that caters specifically to these groups.

She was born in North London, England. She was also raised there mainly by her father, as her mother passed away while she was 14 years old.

She appeared alongside Chris Attoh in 7 of 8 episodes on Shuga.

Dorcas Shola Fapson Is A Member Of