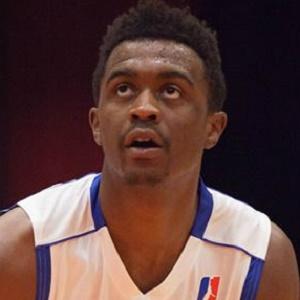 2012 NCAA National Champion with the Kentucky Wildcats who was selected 42nd overall by the Milwaukee Bucks in the 2012 NBA Draft.

He was a McDonald's All-America and Jordan Brand Classic All-America honoree in high school. He was ranked as a five-star recruit by Rivals.com.

After a two season stint with the Orlando Magic, he started the 2014 season with the NBDL's Texas Legends, averaging 16.5 points, 2.6 rebounds, and 2.9 assists in 32.7 minutes of play. He was then traded to the Westchester Knicks on February 19, 2015.

He was born in Queens, New York.

He won a national championship at Kentucky alongside teammate Anthony Davis.

Doron Lamb Is A Member Of