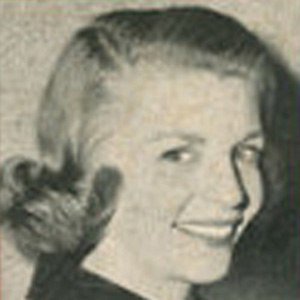 Actress who earned a Tony nomination for her starring role in the original 1971 Broadway production of Follies.

As a young girl, she sang on Windsor, Ontario and Detroit, Michigan radio stations.

She married second husband Ron Holgate in 1966; they divorced in 1980. She had three daughters, Deborah, Elizabeth, and Melissa.

She and Alexis Smith both appeared in the Broadway production of Follies.

Dorothy Collins Is A Member Of