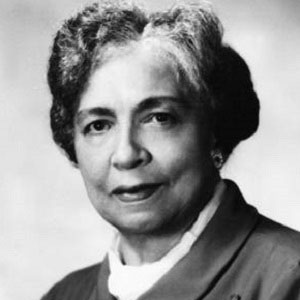 Pioneering physician who devoted her career to providing medical services for African Americans in the South. She founded the Southeast Neighborhood House in Washington D.C. and served as director of the Mississippi Health Project and the Howard University Medical School health services wing.

After graduating from Simmons College in Massachusetts, she attended Tufts University Medical School.

During the late 1930s and early 1940s, she served as President of the Alpha Kappa Alpha sorority. Three decades later, she became vice president of the Girl Scouts.

In 1949, Boulding succeeded Mary McLeod Bethune as president of the National Council of Negro Women.

Dorothy Ferebee Is A Member Of