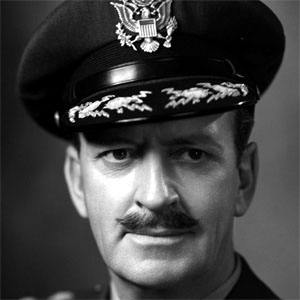 American physician and Major General in the United States Air Force credited as a pioneer of space and aviation medicine.

He earned his Doctor of Medicine Degree from the University of Louisville in 1925 and entered the Medical Corps Reserve the same year.

He was the first to recognize the phenomenon now known as "The Armstrong Limit", which describes the altitude at which water boils at the temperature of the human body.

He was married to Mary S.Armstrong.

He and Clay Lacy are both members of the National Aviation Hall of Fame.

Harry George Armstrong Is A Member Of