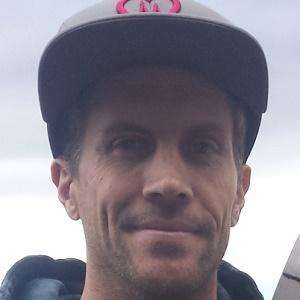 Professional skateboarder for Revive skateboards who owns the YouTube channel amskater where he posts all content relating to his craft. He is the sole owner of Amgrip griptape.

Has has been skateboarding since the 1990s. He created his amskater channel in January of 2006 and posted his "sponsor me video" as soon as he registered for his channel.

He worked with GoSkate.com's Skateboarding School. He studied photography at Pasadena City College.

He entered into a relationship with Molly Gorman in November of 2013. He moved to California with Gorman and the couple's son, Walker Douglas.

He and Andy Schrock did a video together called "Walmart Board S.K.A.T.E."

Doug Des Autels Is A Member Of