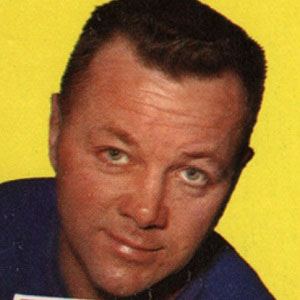 Hall of Fame defender who won six Stanley Cup Championships with the Montreal Canadiens from 1953 to 1960. A 7-time recipient of the James Norris Memorial Trophy for the NHL's top defenseman, he is widely considered one of the best defenders to ever play the game.

He first played professional hockey with the Montreal Royals in the Quebec Senior Hockey League in 1945.

After his time with the Canadiens, he bounced around between a few AHL teams like the Baltimore Clippers and Pittsburgh Hornets as well as multiple NHL teams like the St. Louis Blues and Detroit Red Wings.

He was born in Montreal Canada.

He was longtime teammates with the great Maurice Richard in Montreal.

Doug Harvey Is A Member Of